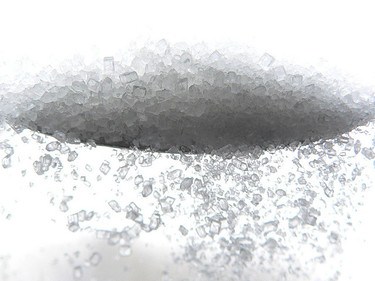 Regular consumption of either high fructose corn syrup (HFCS) or the artificial sweetener aspartame can lead to sugar cravings for simple carbohydrates.

Coming off a major source of HFCS or aspartame, like regular soda or diet soda, will be likely to increase these cravings and corresponding withdrawal symptoms.

Alongside caffeine addiction, sugar cravings are likely to be a big reason why so many people find it so hard to break a cola habit. The sugar or high fructose corn syrup in soda has had them on the insulin roller coaster for so long, they find it difficult to get off.

Fortunately, there are some simple supplements ahead that can help you beat cravings and assist in breaking soda addiction and minimizing HFCS or aspartame withdrawal symptoms.

Some people are surprised that diet sodas, without the calories of sugar, still tend to increase sugar cravings. It seems just the super sweet taste of aspartame on our tongue is enough to get us craving carbohydrate foods. This overwhelming desire for carbohydrates is the reason why we often actually end up eating more when we drink these ‘zero calorie’ drinks.

Dr. Ludwig’s research in ‘Artificially Sweetened Beverages – Cause for Concern’ suggests that the hyper-sweet taste of artificial sweeteners may actually be teaching our tastebuds to find healthy foods, with their more complex flavors, unpalatable.

Essentially by eating and drinking aspartame sweetened foods, we could be training our palate’s response to flavors back to an infantile state, where everything we eat and drink has to be sweet. Just how long do you think it takes the average person to get fat eating like that?

This training of our taste buds back to an ‘infantile state’ may also be why research like this study by the University of Texas Health Science Center at San Antonio found that the more diet soda a person drank, the more likely they were to put on weight. In the study, people drinking diet soda were actually even more likely to get fat than those drinking regular soda, loaded with sugar or high fructose corn syrup.

How to Break Aspartame Addiction

The key to breaking aspartame addiction or high fructose corn syrup addiction is to suppress cravings for long enough for our body’s response to sugar, and the sweet taste in general, to revert back to normal. It’s essential that our taste buds start to appreciate complex flavors again, rather than expecting everything to be sweet like a child’s taste buds tend to.

This may take a couple of weeks or more for heavy cola or diet cola addicts. Aspartame withdrawal is often actually seen as the harder of the two tasks as the chemical seems to directly affect brain chemistry in an even more powerful way than sugar. But it will be well worth it to get off the insulin roller coaster of mood swings, energy crashes, weight gain and general poor health.

Eating better quality foods with more nutrients in them and a longer digestion time will help reduce sugar cravings for most people. Ideally, have smaller, more frequent meals every 3 to 4 hours. These meals should be based around a healthy protein source and vegetables, rather than simple carbs like pasta, bread or rice, that tend to spike blood sugar and provoke an insulin response.

An example might be a free range eggs for breakfast; organic chicken salad for lunch; nuts and seeds or low glycemic fruit like berries and apples for a mid-afternoon snack; and a healthy stir fry with high quality protein, coconut oil and lots of veggies for dinner.

Exercise is good for increasing serotonin production and therefore reducing the desire for carbs. While you may be hungry after a workout, it’s usually for more substantial food than sugary junk. Additionally, exercise increases your metabolism for many hours after you finish. Exercising mid-afternoon or straight after work can help prevent the late afternoon/evening energy slump.

Missing Nutrients May Cause Sugar Cravings

Craving sweet food is often related to the body’s attempt to get nutrients it’s missing, particularly those for serotonin production, like zinc, pyridoxine (B6), niacin (B3), chromium, magnesium and others. Ideally, all of these would come from a good diet. Realistically, a high-quality vitamin and mineral supplement would help most people reduce HFCS and aspartame withdrawal symptoms.

Beyond a good multivitamin, there are three specific products I’ve found particularly good to help beat cravings. I’ve previously used all three of these in unison and been amazed by how quickly and effectively they diminished sugar cravings and helped balance out my energy. I hope they work as well for you too.

Chromium is a vital nutrient for proper sugar metabolism and many people are believed to be deficient in it. Chromium helps maintain stable blood sugar by making our body cells more sensitive to the effects of insulin. This is a very good thing because insulin resistance is the pathway to more hunger, weight gain and eventually diabetes.

Adequate levels of chromium can help reset your body’s response to insulin. Probably more than any other supplement, chromium can help control cravings associated with high fructose corn syrup or aspartame withdrawal. If you can only afford one supplement to help deal with cravings, this is it.

Chromium picolate has been helping people beat cravings for sugar for many years. However recent studies would seem to suggest that the newer chromium polynicotinate, which is chromium bound to nicotinic acid (niacin), has a greater biological activity than chromium picolate or other forms of chromium used in supplements.

For someone dealing with the initial sugar cravings from high fructose corn syrup or aspartame withdrawal, I’d suggest 200 mcg of chromium polynicotinate three times a day, one capsule with each main meal.

The following week this could be reduced to twice a day. Perhaps one with breakfast or lunch, and one with dinner (late night sugar cravings are the biggest problem as they occur right before the inactivity of sleep).

Once sugar cravings have subsided, chromium may only be needed occasionally. Personally, I still take 200 mcg of this chromium polynicotinate most evenings. It’s a simple supplement that has been of real benefit in improving my taste for healthier foods and reducing my desire for the sugary stuff.

The warming spice cinnamon has also been shown to be effective in beating sugar cravings. This study by Beltsville Human Nutrition Research Center in Maryland showed cinnamon can decrease cravings by increasing insulin sensitivity, the opposite of insulin resistance.

Powdered cinnamon could be added to cereals and desserts to help reduce their effect on your blood sugar. At the beginning of HFCS/aspartame withdrawal it would be best to avoid or greatly reduce high carbohydrate foods like this. But if you do end up having them, a small amount, perhaps a third of a teaspoon of cinnamon added to them, tastes great and may lessen the sugar rush. 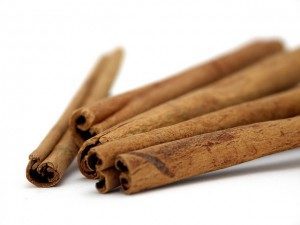 Cinnamon has also been shown to reduce blood levels of both LDL-cholesterol and triglycerides in this research by the NWFP Agricultural University in Pakistan.

By both increasing insulin sensitivity and decreasing blood lipid levels, cinnamon looks like it could be a potent addition to any weight loss program. In the above study just 1 gram of cinnamon was shown to be just as effective as 3 or 6 grams so there is no need to overdo it.

Ceylon cinnamon is considered the best type of cinnamon. It is a little more expensive than the other varieties but has a better potency and avoids higher levels of the questionable coumarin compound. As with all herbs and spices, organic versions are recommended where possible to avoid pesticides.

A good organic powdered Ceylon cinnamon that would be great on desserts or in cereal is available from iherb. For capsules you could take with any meal these Ceylon cinnamon bark capsules are highly rated and very good value on discount.

People who have a diet low in omega-3 essential fatty acids seem to be more susceptible to sugar cravings. EFAs can improve brain function and mood, help normalize cholesterol, benefit metabolism and energy production and reduce anxiety and tension. They are also precursors to important hormones that regulate vital functions in the body.

Most of us get far too many omega-6 fatty acids compared to omega-3s. The best source of omega-3 is high-quality fish oil. The fish oil I use is Carlsons lemon flavored Norwegian fish oil, which is often recommended as one of the best due to both its high potency and purity. There are also capsules available if you prefer, but the liquid has a pleasant taste.

A teaspoon of fish oil, particularly with a carbohydrate meal, should slow down digestion and help reduce sugar cravings later on sparked off by an insulin rush.

These three supplements can really help beat sugar cravings and high fructose corn syrup addiction if you decide to give up soda and withdrawal from aspartame when coming off diet soda. They should also lead to healthier food choices in general.

Coming up next is a detailed plan to quit drinking cola and other sodas using both these HFCS/aspartame withdrawal support products and the sparkling water and superfruit concentrate replacements.